On the 20th November the Principles of Geopolitics class was led on a tour of the military in London by Alasdair Pinkerton and Pip Thornton, in an exercise in exploring how the military is represented and remembered in civilian spaces.  For me personally it was a particularly fascinating experience as I quickly realised I had never visited any of the locations before.  Throughout the day we used simplified maps to record our experiences and perceptions.  An example is included at the bottom of this post.

There are three themes, or perhaps questions, that arose from our walking tour in relation to remembrance and memorials: who is remembered, how are they remembered, and where are they remembered?  The location and form of memorials matters, as do the bodies we connect with military remembrance.  The presence of memorials in London formalises remembrance, creating spaces in which we are unable to escape the fact that conflict and death have been part of our history. We connect these spaces with contemporary defence, justice and governance – our tour of important memorials inevitably took us past the Ministry of Defence, Ministry of Justice, Downing Street, and Buckingham Palace. The structure of these spaces is interesting in itself.  At many moments our view was framed by the London Eye in the background.  Standing in front of the Ministry of Defence you can look to your left and see the London Eye, and to your right to see Horse Guards Avenue.  Within that space is a journey in time, from contemporary tourism and celebration to an older legacy of defence and the military. 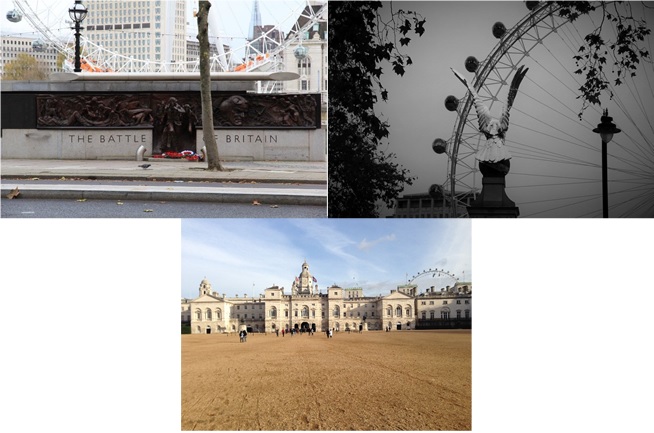 Figure 1: The London Eye looms, often connecting the austere spaces of remembrance with the more effusive, contemporary spaces on the other side of the river

When it comes to who we remember the immediate thought is men.  From the first moments of the tour at the Tank Memorial to the end at the Cenotaph it was clear that representing the military mostly means representing men.  It’s not a simple topic; as a result of complicated and often subtle factors men have been the ones to die in wars throughout history until quite recently – if we don’t include civilians.  If your armies are male, then your memorials will be to men. However it’s still worth talking about, because the norms that have kept women from the army are also interwoven with toxic ideas about what women are capable of, and the more contemporary struggles of being a woman in the military.  Women left behind by conflicts through history – and today in many countries – can and have lost their rights along with their husbands, brothers and sons. And women have inarguably made a significant contribution to war throughout history, just not on the front lines. There’s a women’s memorial to recognise this (see below).  Just down from the Cenotaph the Memorial to the Women of World War 2 represents the many, varied contributions women made to the war effort.  Upon arriving we immediately realised the differences between the Women’s memorial and others we’d seen.  Firstly, there are no faces for the women. The uniforms hang empty on the memorial, unlike the numerous memorials upon which men’s bodies are very much present. Second, the wreaths are fundamentally different; they are made of material, and smaller than the formal wreaths on the cenotaph.  Strikingly there was not one single ‘normal’ wreath on the women’s memorial. It was also, as another student pointed out, the only time on the trip that we saw a white poppy. 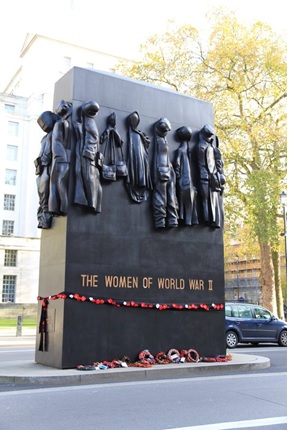 Connected to the gender question is what conflicts we choose to memorialise.  Women have been more involved in recent conflicts, but we rarely see memorials to these more modern events.  Perhaps this is because they are geopolitically messier, with no clear enemy and endless questions about whether we did the Right Thing.  The eternal lesson from the world wars, articulated every year at remembrance ceremonies, is that we must never let anything so terrible happen again. Perhaps the reason we don’t dedicate as much memorial space to recent wars is because they remind us that terrible things have, in fact, happened again. 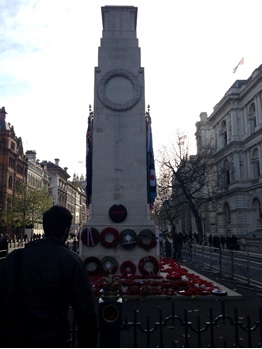 Figure 3: The Cenotaph, an austere and well known representation of remembrance in London

When we arrived at the Cenotaph we discussed the third theme – how we remember.  This is a particularly pertinent question given recent arguments over Jeremy Corbyn’s bow at the Remembrance Day ceremony.  We formalise methods of remembrance through the ceremony – the two minute silence, the national anthem, and the wreaths.  It begs the question of how meaningful remembrance and grief is when it’s structured for you.  Jeremy Corbyn may have chosen to sing the national anthem without complaint this time, but it clearly isn’t meaningful for him.  Do we disrespect fallen soldiers by remembering them in a genuine, personal way if it falls outside of the accepted process for remembrance?  These formalised practices of remembrance have never been apolitical[1]. The formality of the Cenotaph made a fascinating contrast with the Tomb of the Unknown Soldier.  A smaller, more private space for remembrance, the presence of physical remains in the tomb connects it much more deeply with families’ intimate experiences of grief.  From its unveiling the Tomb has been a place for families, primarily women, not the armed forces[2]. This active choice connects women with private mourning, and men with formal, ceremonial remembrance. 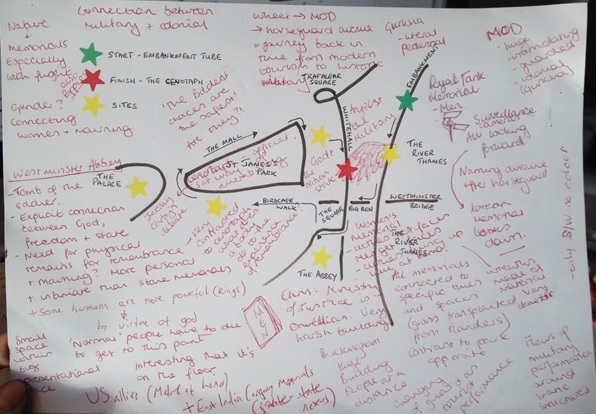 Figure 4: Our map of the day. We considered ideas related to how remembrance is constructed, the buildings associated with security and justice, and who is represented and protected

This exploration of the military in the city opened up space for exploring our own understandings of remembrance and the military, and made us actively consider how the military is present in civilian spaces.  The who, how, and where of remembrance are political questions. Whose bodies we grieve and the ceremonies we use to do it connect to broader questions of how constructed norms shape our everyday lives, and our deaths.

Alice Oates is an MSc Geopolitics and Security student. She studied an undergraduate degree in Geography at Cambridge and is interested in popular geopolitics, feminist geopolitics, and how systems of power are developed and reproduced.

All photos taken by Jean-Yves Mertenant, a student on the MSc Geopolitics and Security course