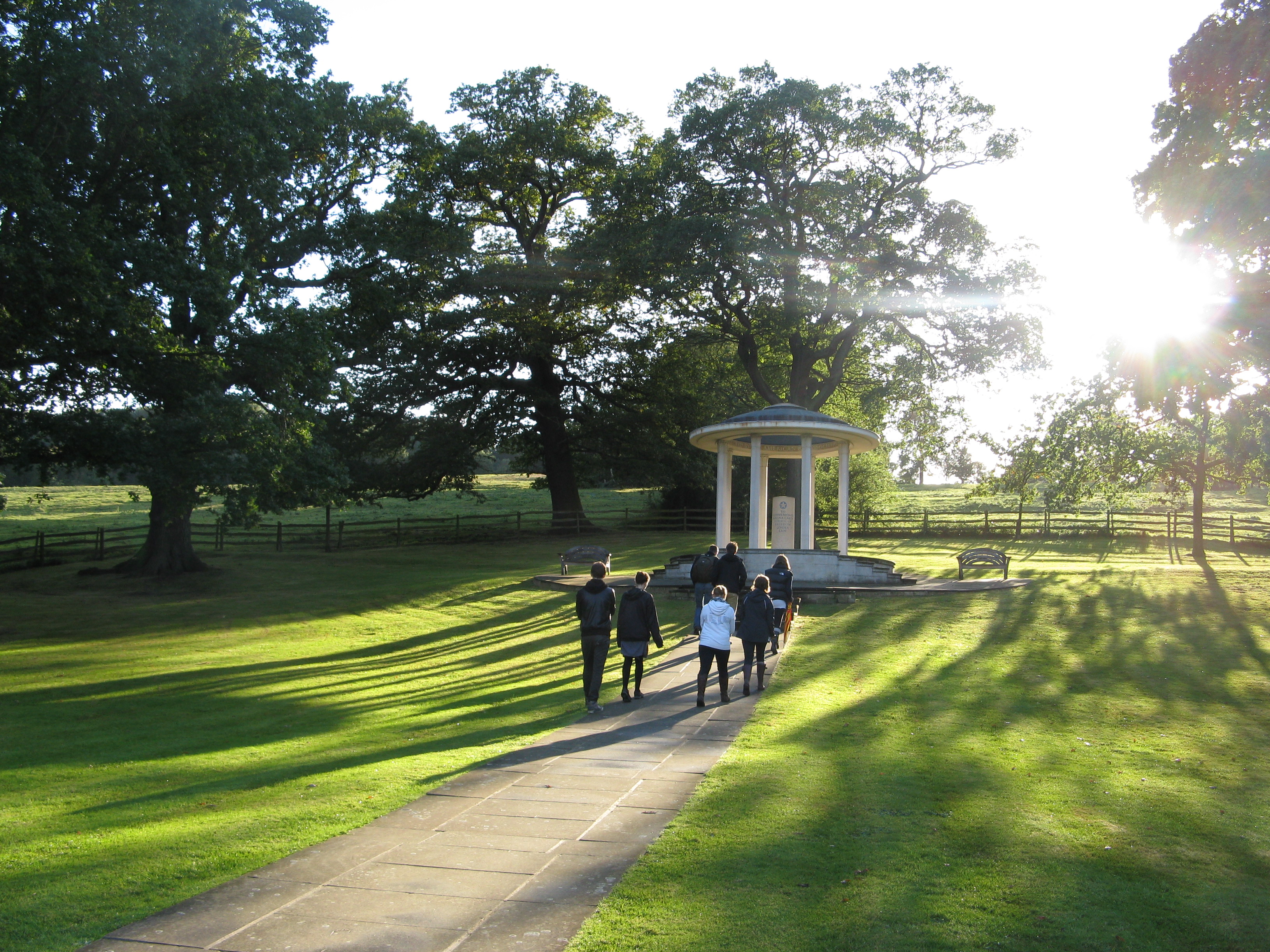 It seems a little out of place to write a post essentially about a happy event in the context of sadness as we feel the loss of Neil Smith’s passing over the weekend (there have been several tributes, postings and collations of messages). One of us first met Neil as part of an undergraduate fieldtrip to New York in 2000 with a group of Aberystwyth students and staff. Neil gave an entertaining and startling walk around Manhattan’s Lower East Side. He began in Tompkin’s Square Park, passionately described gentrification, rising rents, homelessness, riots and many of the themes of revanchist anti-urbanism from his The New Urban Frontier. It was captivating.

For second year students, beginning to get excited by Geography, the themes this moustached man – red scarf wrapped around his neck – had made so evident that morning in the freezing March air, was inspiring. He made geography matter in a way it hadn’t before, and it is a constant reminder that there is little substitute for getting out into a landscape to bring issues to life in the way that Neil did. 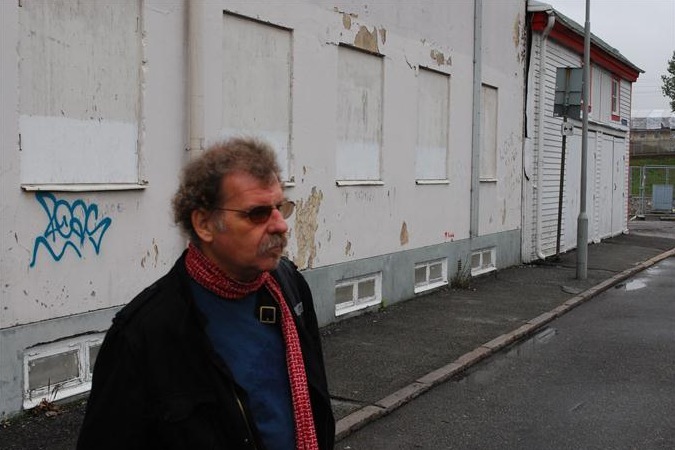 In the same vein that walking and seeing is more powerful than the classroom, last Friday we took around half of the 11 students of our new MSc programme for a walk from Royal Holloway campus to nearby Runnymede (the weather didn’t start out too great!). 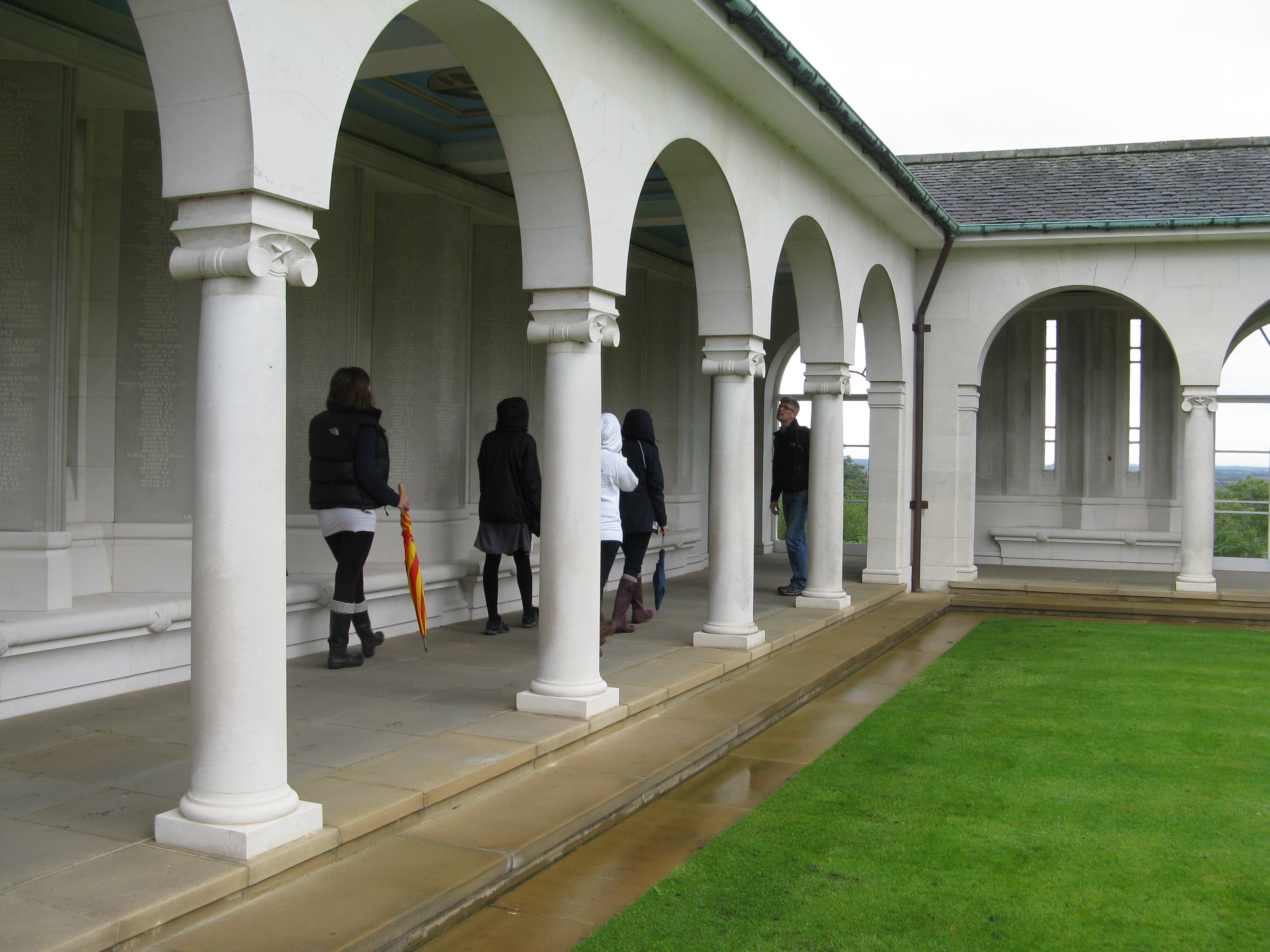 We were there to visit the RAF Memorial, the JFK Memorial and the site of the US Bar Association’s monument, signifying their adherence to the principles of the Magna Carta, the charter that David Cameron couldn’t translate. Alasdair had the idea of the route, having been taken on a similar tour led by the late Denis Cosgrove some years before. Denis’s view was that the landscape showed us how geography is everywhere, “that it is a constant source of beauty and ugliness, of right and wrong and joy and suffering, as much as it is of profit and loss”. The walk had really stuck, and in some small way we tried to honour those footsteps. 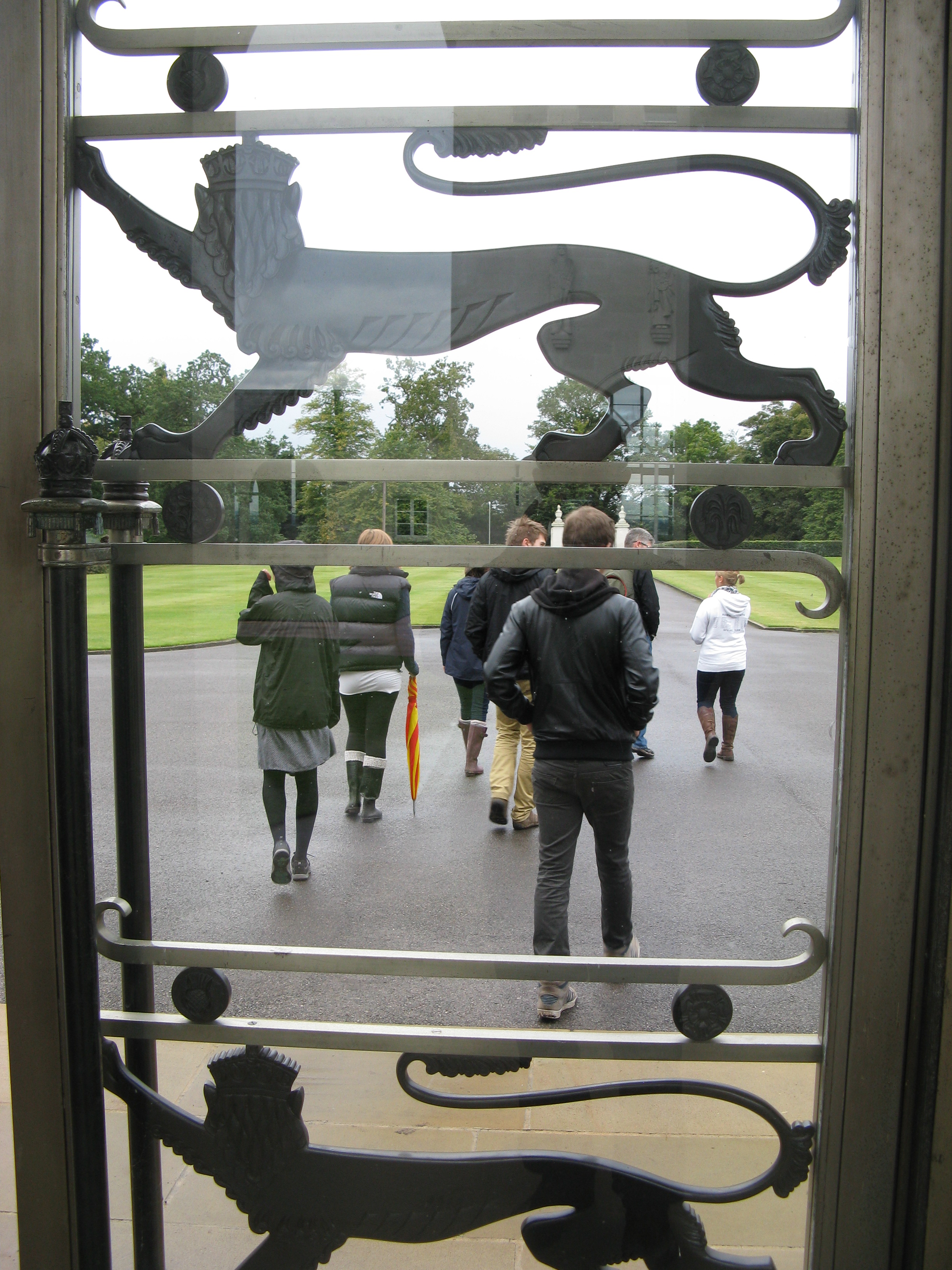 Our intention was really for the students to get to know each other and us a little better, but the sites are also very interesting for some of the themes we are considering. The RAF memorial is a beautiful and sombre place, perched up high between Windsor and Heathrow, with the city of London in the background. It is a perfectly preserved monument rich with symbols and iconography, crowns, stars and wings. The building leads you upwards, ascending to the heavens painted into the ceiling of the winding stairs to survey the landscaped gardens and some of rural Surrey behind it.

The site is especially significant for how we remember subjects without bodies, the memorial a place for those officers and air men and women of the RAF and the countries and members of the Commonwealth, whose graves are unknown. It appears to be a place of some tension, between the permanence and solidity of the Portland stone and its constant disposition upwards, almost taking off. Of course, now the aircraft from Heathrow roar overhead. 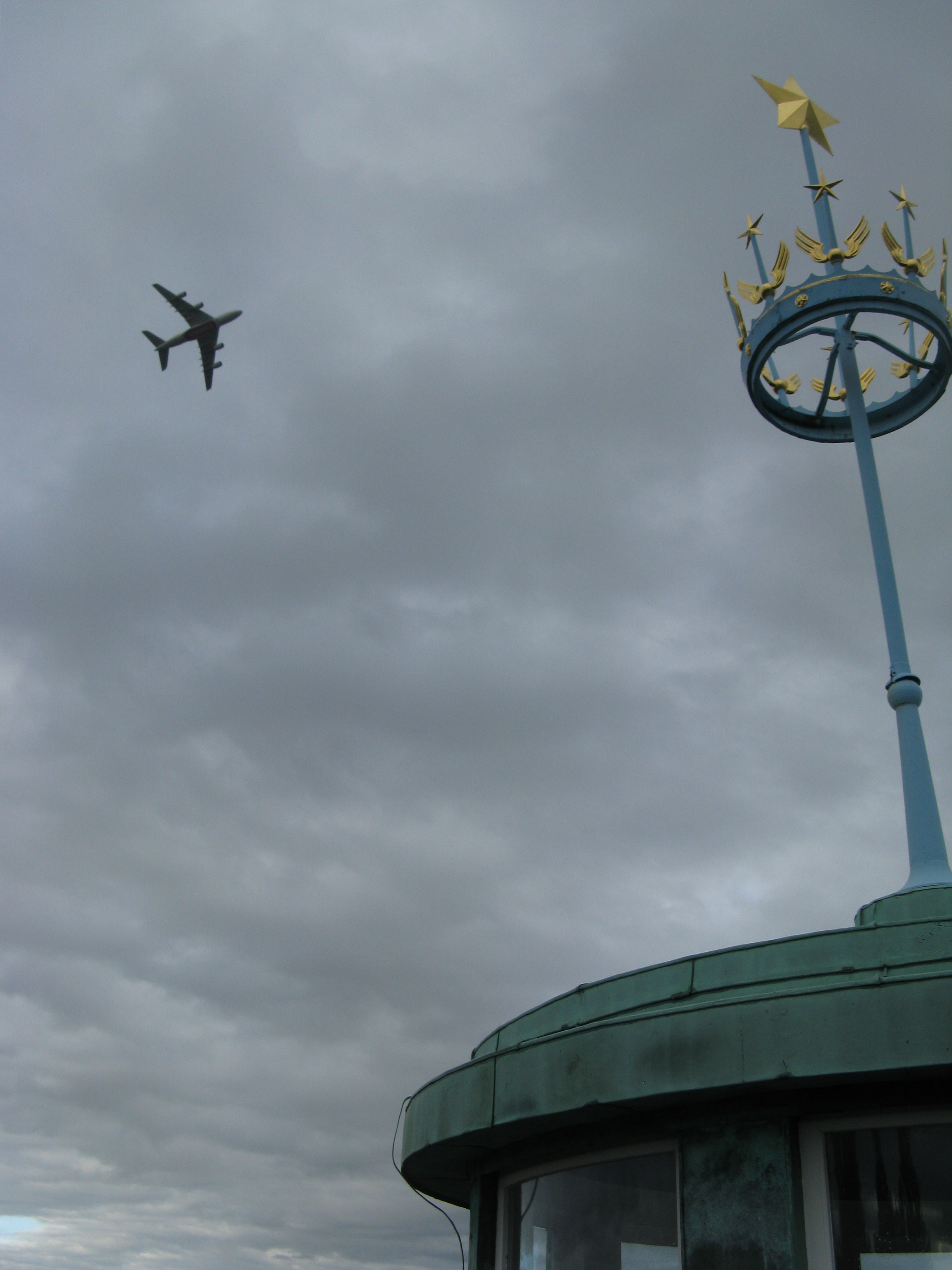 From the memorial we stomped down to the meadows of Runnymede when the sun shined and we considered the US Bar Association’s rather fascinating monument, remarking on our own legal system and the power of political performances in scripting juridical norms – the Bar Association perform a ceremony of re-adherance every decade or so. 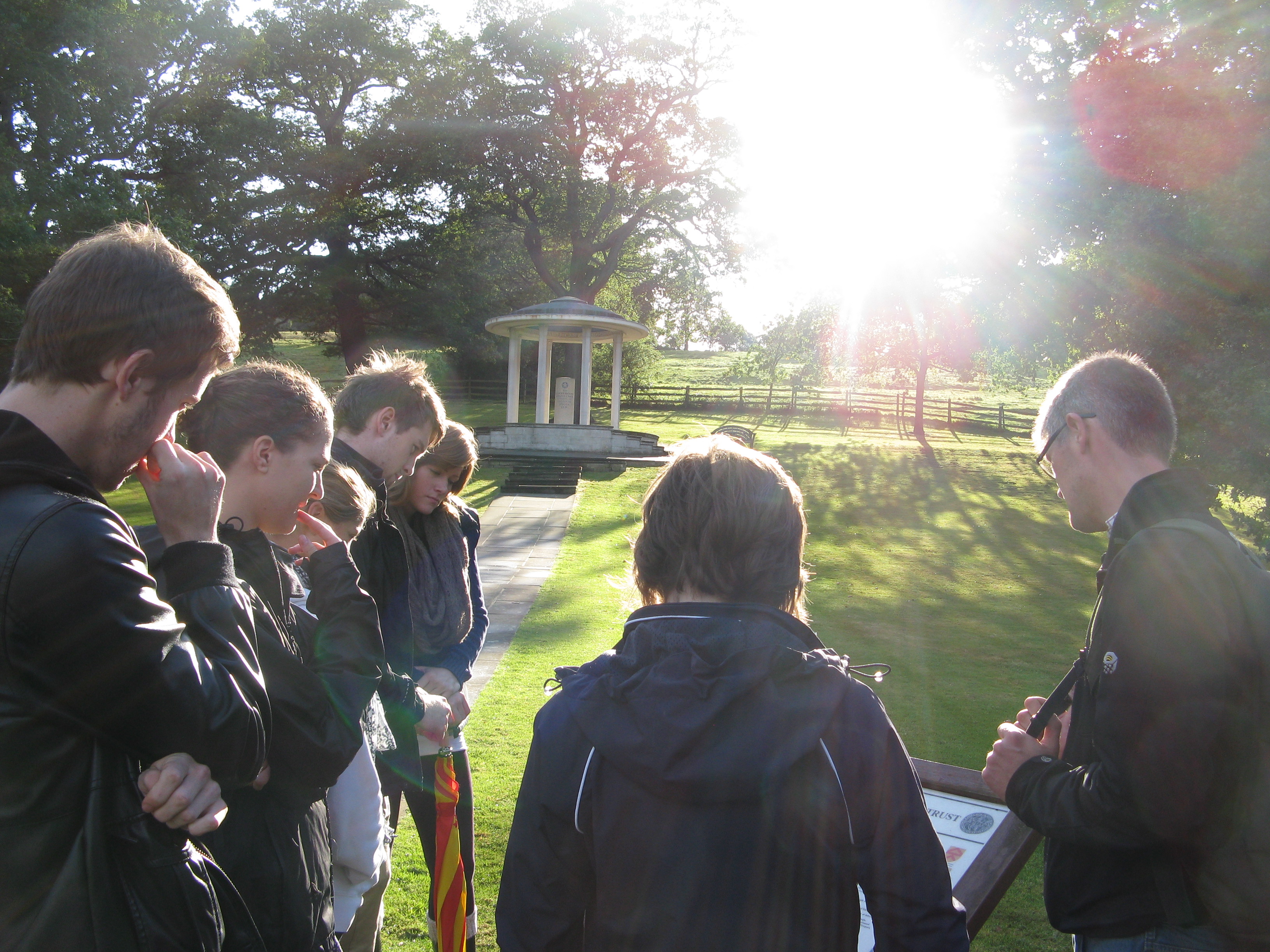 From there we went on to the JFK memorial, and up Jellicoe’s ‘stairs of individuality’ to the ‘seat of contemplation’. We debated the issue of who actually owned the site and what that might mean. There are whispers that the acre of land is in-fact an enclave of US territory within the soil of the United Kingdom. However, the Act shows that this wasn’t the case. The students thought about the political symbolism as well as Jellicoe’s kinaesthetic devices. For Jellicoe the steps were designed in mind of the allegories of Pilgrim’s Progress, apparently moving us as we moved upwards, even if we didn’t know it.

The walk ended as we moved past the strange site of Brunel University’s now sold and dilapidated campus, which tells us something of the circulations of finance capitalism as the campus waits to be bulldozed and turned into luxury houses and apartments. We walked across the cricket pitch to the pub at Englefield Green.

On one of the windows of the RAF Memorial a poem by Paul H. Scott is engraved. Perhaps it is fitting to remember two great Geographers in the same way as we quote from the end of the poem:

“And, as evening comes,
And mists, like quiet ghosts, rise from the river bed,
And climb the hill to wander through the cloisters,
We shall not forget them. Above the mist
We shall see the memorial still, and over it
The crown and single star. And we shall pray
As the mists rise up and the air grows dark
That we may wear
As brave a heart as they”. 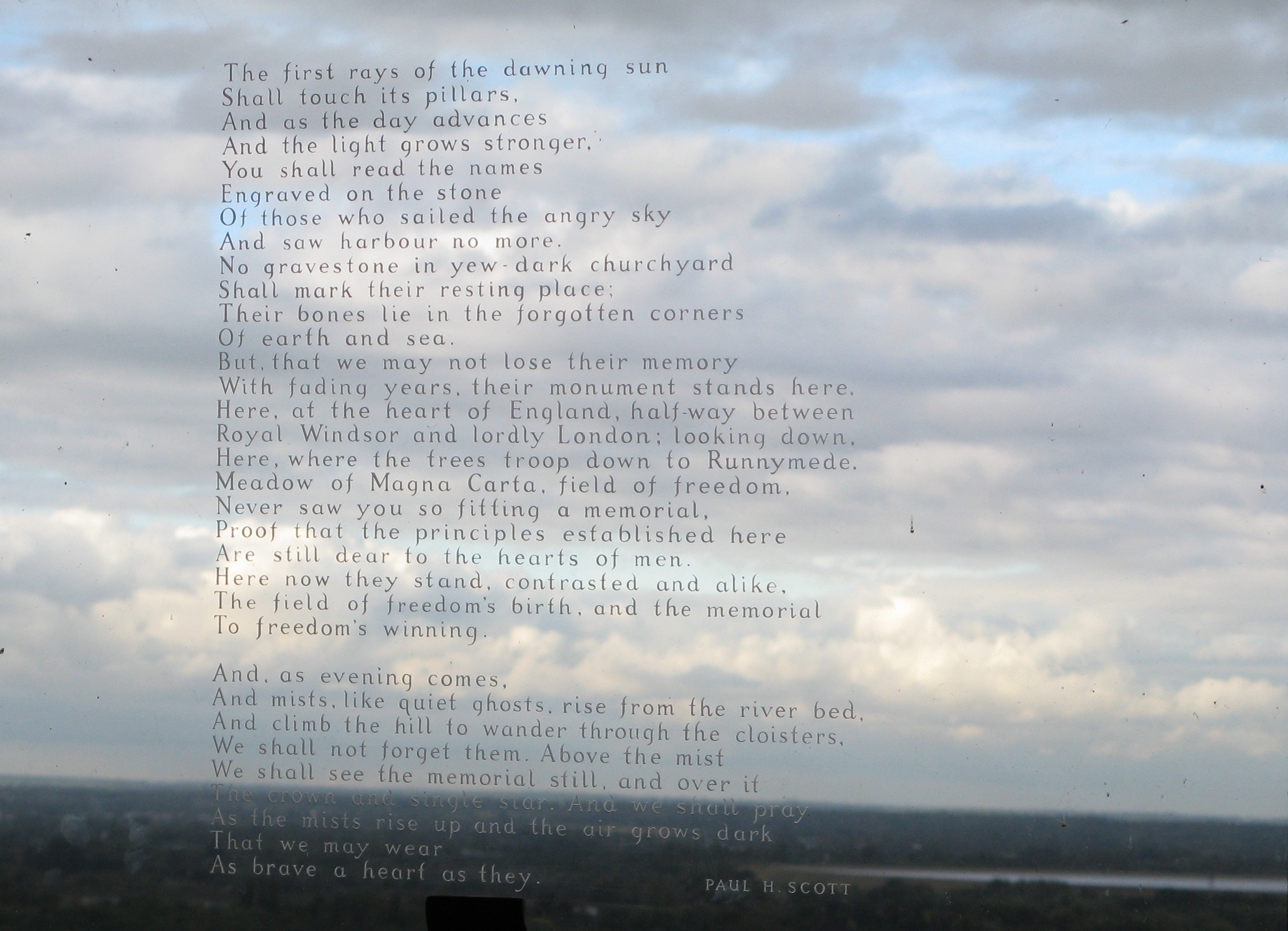